University of Alabama Track and Field Athlete at SEC championship 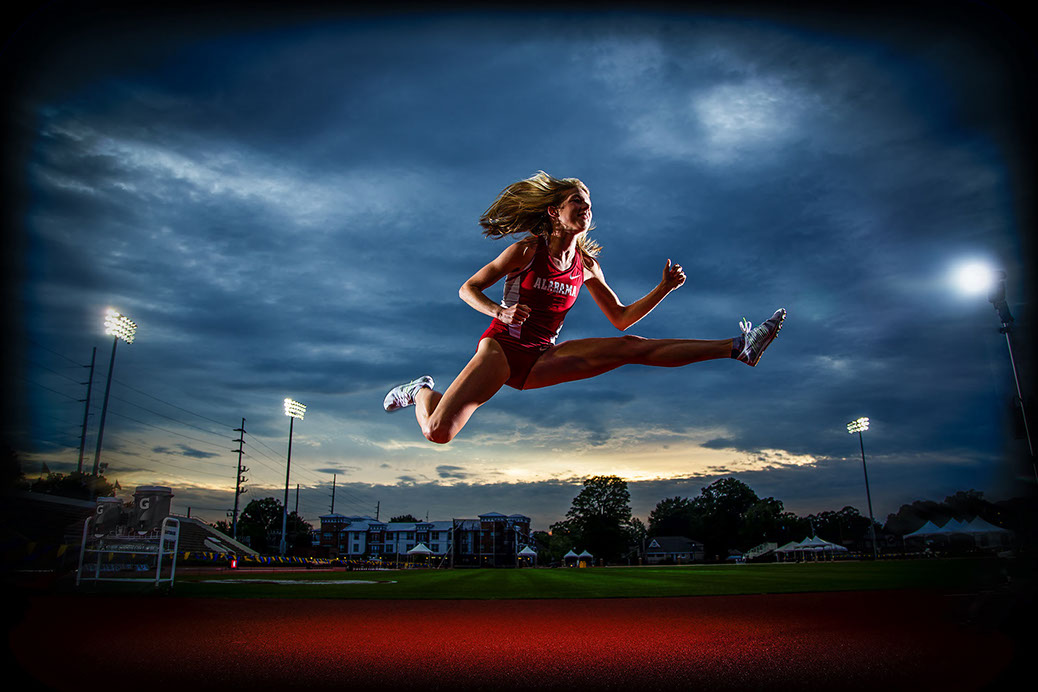 I had the pleasure of meeting and photographing one of these fine young athletes earlier this week. Katelyn Greenleaf's accomplishments include: Honorable Mention All-America, 2015 Outdoor (3,000-meter Steeplechase),  All-NCAA South Region, 2014 Cross Country, All-SEC Second Team, 2014 Cross Country, SEC All-Freshman Team, 2013 Outdoor (10,000 meters), All-NCAA South Region, 2013 Cross Country, All-SEC Second Team, 2013 Cross Country, All-NCAA South Region, 2012 Cross Country, SEC All-Freshman Team, 2012 Cross Country and she will hopefully be adding to this list very soon! Katelyn was such a pleasure to work with and a real trooper. Many people might have called off this senior pictures session before it ever got started. It rained during at least half of the time we were taking these pictures. We did a lot of hiding under trees and quickly moving from one spot to another. She never complained. Katelyn also got an extra workout in that day due to all of the times I made her leap, run and jump for pictures. It just goes to show effort only fully releases its reward after a person refuses to quit. I think the reward of some great pictures was well worth it. I love it when we get to do something different in pictures like these. Not just something different, but something that will make special memories last a lifetime. Thanks for hanging in there Katelyn and good luck in your last SEC Championship!